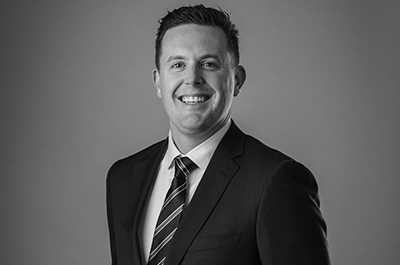 After beginning in our Dandenong office, Nic moved across to head up our Eastern office, and has now been with Cameron since 2010. Under his leadership the Eastern office has seen significant growth and fostered many happy clients; a continuing trend.

Nic is proud to have been part of developing Cameron’s presence in the east, and he and his dedicated team are now seen as market leaders, involved in many significant sales and leases. Nic loves being involved in the rising number of new developments in the area and works hard to produce positive outcomes for both developers and purchasers.

In his down time Nic loves nothing more than spending time with his Wife and daughter he also enjoys golf, horse racing and following Carlton.

“People like doing business with people they like. I develop genuine relationships with my clients and they can tell that I put their best interests first.”